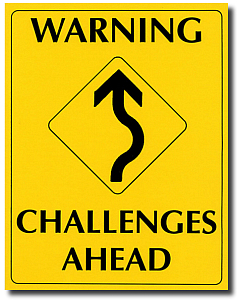 At one point she said…. “Oh, but I’m sure you don’t  understand that” as she does  an overall gesture that covers me from head to toe, indicating that based on how I look now I certainly couldn’t understand her struggles, or that I had walked in her shoes.

Maybe not to the entire degree she had, but the physique I have today, I wasn’t born with nor have I had it most of my life.

I’ve had to earn it, and it’s only come about in the past few years working at it. Which is pretty much exactly what I told her. She hadn’t known me very long when our paths crossed so it was perhaps easy for her to draw conclusions that I’ve always been some kind of fitness queen.

How did I explain the struggles I had been through in the past, yet, had overcome? Like, the need to go through a drive thru for a “snack” because I was “starving”? ( please note: you won’t really starve before you get home to get something better than a drive thru snack) I’ve since learned to keep a few decent snacks stashed away, for emergency purposes 😉 how I’ve trained myself to eat slowly and savor my food, and understand that it doesn’t take a lot to feed your hunger? That I made a dedicated, focused choice in the beginning to exercise? That some days I flat out didn’t want to do it, but now, couldn’t imagine NOT doing it? To treat food with respect and know that it will still be around tomorrow and I don’t have to eat it all tonight? Coming to an understanding that eating good, healthy, nutrient dense food wasn’t a punishment, but life giving, energy inducing, age defying goodness ?

I shared parts of my story with her and let her know that I did indeed, understand struggles. In fact, I’m pretty sure there isn’t a person around that doesn’t struggle at some point.

We struggle with eating to much, not eating enough, not enough of the good foods, or  to much junk, getting our bodies out the door to exercise, whatever it is, there can be struggles.

I thought about that today as I was grocery shopping. There are SOOOO many tempting treats… so many impulse items we can buy. I mentally slapped myself and kept going several times.

You know how I don’t eat certain things ? I simply don’t bring them home…which…well… kinda sucks sometimes when I’m trolling really wanting something and it’s not there haha it’s a cruel paradox.

Not that I don’t have treats… ’cause I do… I’ve just learned that to be successful means saying no to impulsive moments more frequently than giving in to them.

For instance, I adore Salt and Pepper kettle potato chips…. adore them. One day I was shopping with hubby and  drooling as I walked by them and he said.. “well, just grab them”

He doesn’t understand… they are like… crack to me…or I’m pretty sure they have crack in them… either way… no matter what… I know once that bag is opened … it’s all over.

My plan is to have just a few… but somehow… I nibble that bag away till they are gone the next day.

I know my weaknesses. I’ve learned tricks to deal with some of those weaknesses. Sometimes I’m successful, sometimes, not so much so.

As I shared with the young woman, I haven’t gotten where I am without my fair share of struggles.

What’s kept me successful is not giving up, giving in, or quitting. Not saying I had a “bad” day and I’m a failure and it’s not working so I should just quit.

I guess, at some point, stubbornness isn’t a bad thing.  It can lead to success….

I want to remind you that struggles along the way to getting fit and healthy are normal. But I also think we are refined in the process.

We learn to make better choices, think things through more, decide what really matters to us.

I’ve learned to think so critically about many things I put in my mouth, but again, it’s been a learned process that has been born through struggles.

I know it’s almost cliché to use that “anything worth having is worth working for” but it’s true.

Every time you make a better choice, pass on something you know you really don’t need, say yes to healthier foods, get out and move , whatever it is, will make you stronger and help you take the next step to your goals.

I want to encourage you, no matter where you are on your journey, the struggle my friend, is a part of the victory of success.

One thought on “The Struggle”