I won’t lie. I love adventure.

I love new challenges and putting myself out there to experiment with new things. There’s a sick kind of rush to it. Maybe it’s doing something I’ve never done or thought I couldn’t do….whatever it is…. in the athletic arena it’s a very broad spectrum of goodies to choose from. Maybe I like pain….

Since I’ve already knocked out one big thing in this year I was after ( a 50K) and since I obviously won’t be running or training those back to back, it’s pushed me to consider other athletic challenges.

Triathlons intrique  me…. but honestly… I suck at swimming.

I mean, I can, it’s just that pool time has always kinda gone like this…. cute suit… sun… get to warm… swim for a bit… and repeat process haha

I’ve never swam intentionally or anything resembling competitive. I will admit though the last few summers of getting in the pool and pushing myself to do laps. It really feels amazing after a long run. And a not known fact maybe, but you can seriously sweat in the water.

So in view of a tri, the running and biking don’t intimidate me but the swimming does.

I however, won’t limit myself if I chose to do it.

A few years ago, I never thought I was a runner either.

My triathlon friends have shared their horror stories of being in the water with nothing but arms and legs flying everywhere and praying they didn’t get kicked unconscious before they hit land again… ha.. did I mention adventures?

I do think it’s kinda cool how they have these mini-tris to um… get your feet wet with 😉 to see if it’s something you’d like.

So there’s that possibility….

But imagine my delight when I stumbled across another event last year called a duathlon.

I have done brick training before where I did a short run and then came back and did miles on the bike. Talk about doing interesting things to your legs… but that is soooo doable for me. Again I’ve found beginner races that do a 5K run, a 15 mile ride and ending with a 5K run.

So yeah…. a definite possibility in challenging myself to something new.

I fear divorce if I want an overpriced bike haha 😉

In the ways of running…. trail running would be a new beast to conquer since it’s so different from road racing. However to practice I just need to take off down the huge canyon that’s my back yard…. 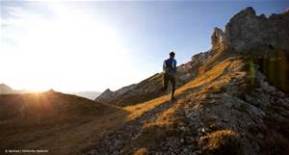 In tamer things, I will admit to be intriqued by the idea of fencing. Yes, that involves sword play.

Of course, there is always so much more to do with running…. faster… longer.. new PR’s… I think I love running so much ’cause there’s that constant challenge to beat yourself. With that said, I do have a marathon plotted for December.

So share with me. Have you taken on a new adventure ? Or is there something you’re wanting to try out or experiment with ? Something you’ve done and never thought you could ?