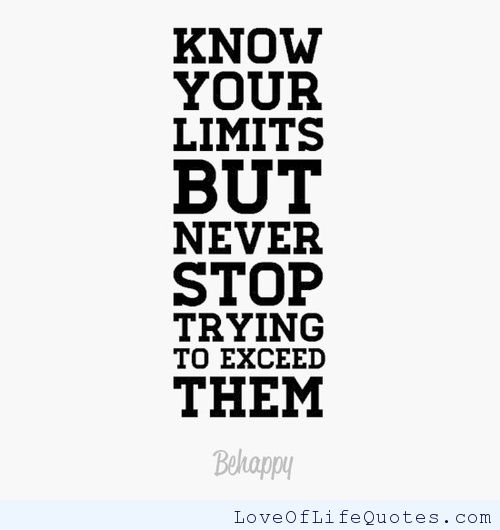 It’s afternoon and I’m holed up in my fav coffee shop with the intent of hammering out a post for you, my 1.5 faithful readers.

I’m listening to the happy banter of the baristas behind me as they whip up drinks. I’ve tried to get to know them and something about their lives. I like building those relationships with people, I mess around with them and some of them… I shamelessly tease and harass… even with all that they think I’m “cool and fun” and keep me hooked up with coffee when I’m around.

Anyway, it’s a gorgeous day and it’s hard for me to be inside, but in all fairness I’ve already been out on the road this morning logging miles as my legs remind me.

Specifically my quads with that tight sorta achy feeling that comes from hard work invested out on the road.

In a sick way I kinda like that feeling… I don’t mind tired legs when I know it’s because of what I’ve physically invested into myself and the gut level hard work that I’ve done.

Maybe I should say that todays workout was a “brick” session. For those of you reading this and wondering if I’m out tossing bricks around, no. It’s just a term that refers to one athletic activity sandwiched by another.

I will tell you that it’s my second time to intentionally do this. I figured if I squish it in my midweek workout it’s a good balance to the rest of the week.

Why?  why you may be wondering…

Well a few years ago I realized there was actually an event that combined both sports I’m hooked on… running and cycling..  a duathlon. However, I’ve had a pesky Achilles thing that really derailed me in the running dept so I haven’t been able to pursue it as I had thought I would by now.  With some care, a tiny bit of patience, ALOT of stretching and rolling, I think it’s improving so I’m walking a careful line of doing enough but not to much.

I’m actually semi-hopeful I could do it by the end of the year.

Yeah.. I’ve publicly committed to doing a duathlon.  And not just anyone but one that’s listed as “the toughest in the state”. It should be mentioned that it’s literally run almost out my backdoor so I can train the heck out of the course all year so it does give me a slight advantage… slight.

The course though is some pretty crazy hills and inclines. It’s a 5K, followed by a 22 ride, and another 5K for the icing on the cake.

I thought about it this morning and wondered honestly.. what the hell I’m thinking??  I felt like I did when I first mentioned I was going to take on a full marathon.. terror and the fearful thought of ” can I do this?”

Let me tell you…if you’re gonna do anything there is simply no room…at all.. for that kind of thinking.  You will shut yourself down before you ever get started.

It will be an event with athletes half my age and in amazing physical condition. But then I remembered it’s really not about a competition with anyone but myself and going out and doing it.. even if I might be the last one crawling in 😉

It’s all the time I will spend training and the lessons I’ll learn on the road doing it. It will be the sacrifices and tired legs. It will be hours on a bike. It will be learning to move fast on legs that are tired after running and biking.

So I’ve started…small… but with an eye towards moving forward. Todays brick work was small. It was 2 miles on foot, 10 on the bike, and 2 on foot. It gives me the chance to work with moving out of gear and into it, of mentally shifting gears of activities, and mostly, learning how to move my legs quick after being on the bike!

I found myself wanting to push more this morning.. thinking… maybe I should move the distance up some.. or move faster… and I had to remind myself of this…

Yes, I’m a runner. Yes, I’ve been cycling.  Yes I’m in a good physical condition. But it’s a different ball game putting them together and only my second training session out doing it. I had to remind myself for now, a few weeks, these are my limits of distance until I acclimate then I can add a bit more in the distance area.

To protect myself from injury or doing to much to soon I need to know my limits and operate there as I adapt to the challenges of doing both at once.  I’m fiercely competitive with myself so to say it’s hard reining myself in is an understatement.

That’s what I want to tell you, to remind you of. You might be new to a fitness program or toying with the idea of doing something. Maybe your friend has been after you to go to the gym or go out on the road.

If it’s been awhile since you’ve done anything you need to know what those limits are and operate in that zone. Maybe for you your limits are just moving off the coach and out the door for a walk down the street a few times. Perhaps you’ve been running but are thinking of taking it up another notch…increasing miles a bit…again.. know your limits to protect against injury.

Don’t go out and decide you’re just going to run when you haven’t even been walking.. you’re setting yourself up for pain and failure.  Don’t go to the gym thinking you’re going to keep up using heavier weight when your milk carton is the heaviest thing you’ve been tossing around.

Take a critical look at where you are, what you’ve been actively doing,  and how long it’s been since you’ve done anything physical.

Most of all, never be afraid to constantly be stretching those limits to new, exciting and more challenging things. Nothing feel better or makes you feel more successful than new physical goals that are accomplished.